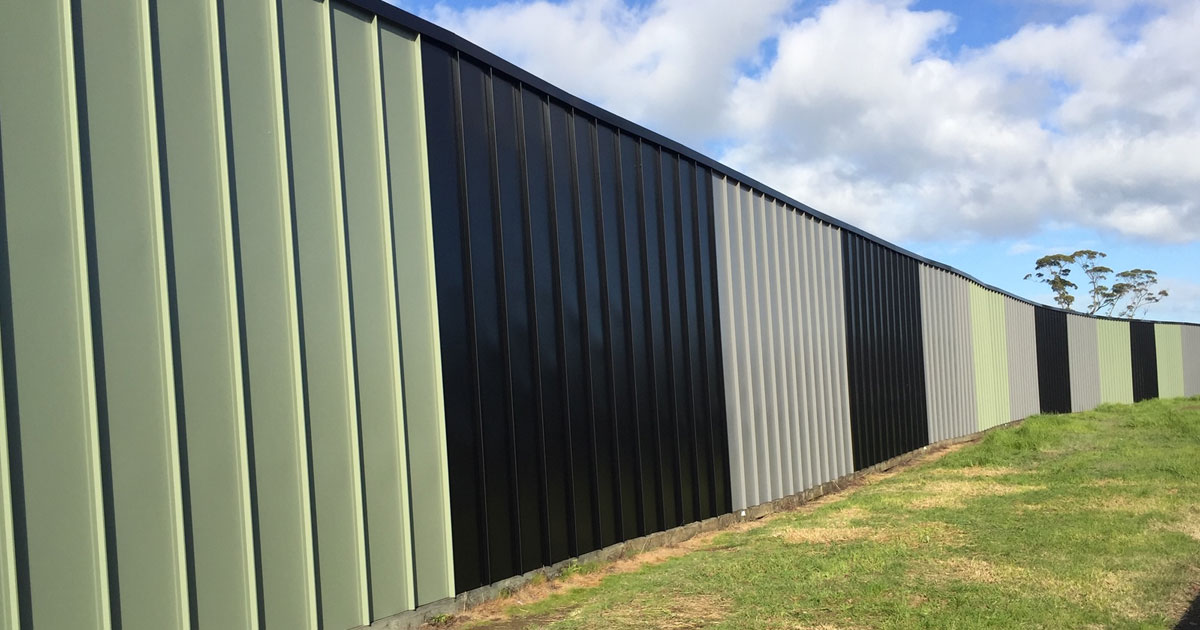 Construction of Auckland’s Northwestern Motorway started in the 1950’s. It’s been expanded over the years to its current 21-kilometre length. The motorway continues to be improved upon, but some noise walls installed a few years back didn’t exactly work out as planned. Luckily ColorCote had just the solution.

The Northwestern Motorway opens up access to the growing Northwest region of Auckland. It’s the primary western route out of Auckland and the secondary northern route. A large part of the motorway forms part of the Western Ring Route, an alternative route through Auckland to avoid the congested SH1 and the Auckland Harbour Bridge.

Construction on the motorway started with the goal of reducing travel time to the airport. The first section from Waterview to Te Atatu was finished in 1952. The next section was completed a few years later, incorporating bridges over inlets of Waitemata Harbour. This piece of road successfully cut the journey from central Auckland to the Whenuapai airport by eight kilometres.

In 2011, a $220 million project created nine kilometres of four-lane road extending the motorway to Whenuapai and Hobsonville. The motorway successfully links the western and northern areas to the city of Auckland.

Part of the motorway passes through residential areas, so sound walls were erected to absorb noise for the benefit of the residents near the motorway. However, the walls created a new kind of noise – residents protesting the garish orange colour and tyre track graphics.

Art or eyesore?
The walls were described as “an absolute eyesore,” “hideous,” and cheap – not much of an enhancement for the gateway to west Auckland. The wooden walls are 3-4.5 metres in height and run for 700 metres.

Council public art manager Rob Garrett defended the orange walls and had no plans to change the colour.

“The orange colour is striking and bright… it creates a bold counterpoint to the surrounding landscape and we think in time it will be embraced as a dynamic and distinctive feature in the highway environment.”

The walls were NZ’s largest public artwork. The colour was chosen to acknowledge clays used in the ceramics industry that used to be based in the area. The NZTA’s State Highways Manager for Auckland said, “It is a good opportunity to show that there is more to construction of a new motorway than concrete and asphalt. The noise walls not only fulfill a practical purpose but add some visual character along sections of the motorway.”

Unfortunately (or fortunately, depending on your point of view) the plywood walls swiftly deteriorated. Mold took hold and blistering paint that fell off in chunks confirmed its eyesore status for traveling motorists.

The NZ Transport Agency monitored the noise wall and in 2019 found that two of the walls needed to be removed and the other five needed recladding.

Work began in June 2020, with one of ColorCote’s key customers Roofing Industries chosen to supply their Eurostyle SpanLok ™ profile and with one of their key customers Swift Roofing chosen to do the installation. A very good example of the entire supply chain working together! Two of the panels were removed as they were no longer necessary and the remaining five were reclad in ColorCote AlumiGard. The recladding project cost $2.1 million and was finished in October 2020.

The colour scheme was chosen to simulate driving through a forest and to match other noise walls on the corridor. Local mana whenua, Te Kawerau a Maki, endorsed the new colour scheme and blessed the land and construction workers when the project kicked off.

AlumiGard is suitable for use in very severe environments, not only marine, but also where there is chemical or acidic exposure, and in harsh industrial or geothermal areas. It’s available in over 40 colours, and under its durable baked-on paint system is the same marine grade alloy that boats are made from, so it won’t rust.

The wall will go the distance.